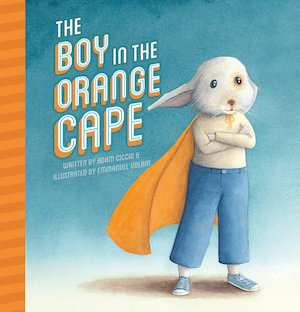 "A story about bullying and overcoming it. Corey, a bipedal, anthropomorphic rabbit, wears an orange cape to school every day in this Dutch/Flemish import. While all of the other kids stare at Corey, a bullying bulldog named Billy goes a step further, actually taking Corey’s cape every day and not giving it back. Corey puts on a new orange cape each day. The narration describes the other children at school as bystanders who notice the bullying but don’t intercede. Then, “one boy got curious.” The illustrations depict this child as a raccoon who sits next to Corey and asks him why he wears an orange cape each day. Corey explains that orange is his sick mother’s favorite color, and he wears the cape as a sign of support for her. This revelation creates a turning point in the story. The curious boy wears a striped cape to school, and word spreads until all of the others wear capes, too. Eventually only Billy goes capeless―until Corey gifts him one of his spare orange capes. This act of kindness prompts Billy to apologize, concluding the book on a note of forgiveness and reconciliation. (What’s happened to all the capes Billy’s stolen goes unaddressed.) The rather staid, pastel-hued watercolor illustrations depict the characters as human-shaped creatures with fairly realistic-looking animals’ heads. Compositions are stable, even unexciting, but that lends an air of matter-of-factness to the surreal images on display. (This book was reviewed digitally with 10.2-by-19.6-inch double-page spreads viewed at 28.9% of actual size.) A warmhearted conversation starter of a book."

"K-Gr 2–Corey wears an orange cape to school and every day, a bully named Billy takes it away. Corey is undaunted and alone until a curious boy asks why he continues to wear the cape. Corey reveals that he does it for his sick mother whose favorite color is orange. Soon, all the students begin to wear different colors and patterns of capes and Billy is left out, until Corey extends an act of kindness. Anthropomorphized characters mirror the characters’ traits. Corey has the body of a human and the head of a rabbit, while Billy has the head of a bulldog; other students are a frog, mouse, raccoon. The book reads like a cautionary tale instructive for both the bullied and the bully: “I’ll tell you this story, because it may help you one day.” (...) text is straightforward with the word “cape” always capitalized. The illustrations are realistically drawn and straightforward as well. Hues of blue and orange dominate, with text primarily on verso and illustrations on recto, except for a double-page spread featuring students in the playground with a variety of capes that weave together, quilt-like to show a sense of unity. The close-up image of Billy’s face apologizing to Corey effectively conveys his contrition and leads to their eventual friendship. VERDICT A simply told story about stepping forward to support the bullied and change the dynamic, this is an accessible if slight story about courage and bullying in a school setting."

“Every day, Corey wears a cape to school, and every day, Billy, the school bully, takes his cape away. When a curious classmate asks Corey why he persists, he is so inspired by Corey’s answer that a trend begins: now everyone wears capes! Encouraging forgiveness and celebrating strength in numbers, this cheerful book’s illustrations include surreal touches (the children are children-sized, but their faces are those of various cuddly animals) and muted colors, easing the audience into their messages.” – Foreword Reviews

"Corey is a brave boy. He doesn't care about getting picked on or bullied because he wears his cape for a reason. I loved the animal illustrations. In the end, it all worked out but this book could start a conversation with kids when everything doesn't end as happily as this book. Sometimes kids don't stop picking on you and sometimes the bully doesn't apologize. Adults should be ready to talk to kids about that too. I liked the book and would recommend it. It will be purchased for my library's collection."

"I read this to my second-grader and pre-k kids, and they enjoyed it. The message was clear, and it helped build empathy. My kids asked at the end why the bully was mean which led to a good discussion. This would be a good book to use in the lower grades for social and emotional learning."

"This was a cute little book about learning about others and the unity and support that can come from that. The illustrations were well done and accompanied the story well. The tale was simple enough that it is good for all ages. I will definitely read this one to my class as they do deal with bullying and learning about each other constantly."

"This is a good book to read my second graders. It is short enough to hold their attention. It is really beautiful pictures. We have to discuss bullying at school on a regular basis and I think this book would help out a lot thank you" 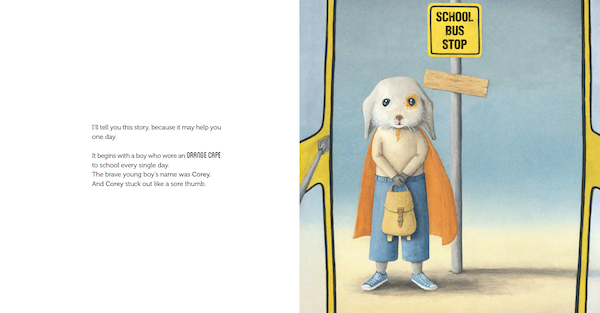 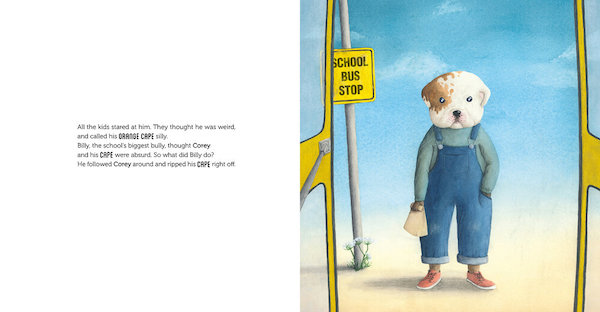 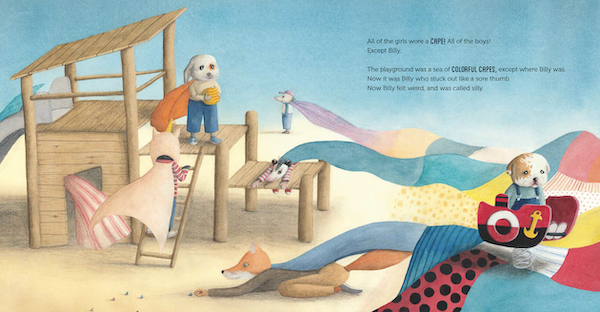